We all know that recycling is one of the cornerstones of the green movement and surprisingly it has taken this country a long time to fully embrace it. Of course that would be the public perception of the recycling in this country and in reality we have a rich history of repurposing everyday items. At Olympic Environmental we are an advocate for recycling and are proud to offer the Scott Turbo Separator for all of your waste separation and recycling needs. The Scott line of separators uses the extremely effective horizontal design as opposed to the inefficient vertical design. The Scott Turbo Separators have been engineered to separate everything from food waste and depackaging, to consumer product and recalled products. The turbo design facilitates a dual screw type feed for added reliability and a intuitive paddle separation system for reliability. At this time, Olympic is pleased to offer four different models of Scott separators from 5 ton capacity per hour all the way up to more than 20 tons an hour. We are sure that the ideal separator for your operation is only a phone call away. 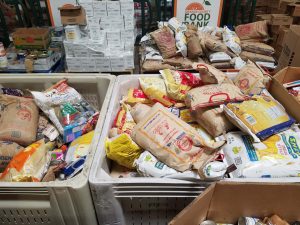 Recycling is one of the oldest traditions in the world. Long ago, artisans would put together products with the expectation of the piece lasting forever. It is this tradition that persevered for thousands of years. Goods were built to last and were expected by the consumer to last a reasonable amount of time. When the time came that the owner had no use for the item anymore, they would sell the item to another individual. Thus recycling the item and keeping it in circulation. In the early 20th century the concept of offering disposable products as a way to save time, became extremely popular. World War II put a damper on the consumable society that the U.S. had become. Due to the war in Europe and Asia the military needed resources to operate on a daily basis. Rationing and recycling were put into law and it was considered patriotic to save scrap metal. Of course the citizens had been through the great depression years before and recycled due to necessity. After the war, the consumable lifestyle became prominent again and the conversation about recycling was reopened in the 1960s .

The new generation was much more proactive about changing the attitudes of the country and recycling. Soon municipalities began investing in recycling infrastructure and began to make it easy for consumers to recycle. This led directly to an industry that catered to the needs of these municipalities. Recycling is incredibly prominent today and has become the norm in the last ten years. Of course we still have a long way to go but the seed has been planted and the children being born today are going to be much more used to recycling as a lifestyle. This is the hope of Olympic Environment and we feel privileged that we can provide the recycling industry with the finest turbo separators in the business. Contact us today for more information about applications and specifications of our models.